5 Reasons Your Not Losing Weight. 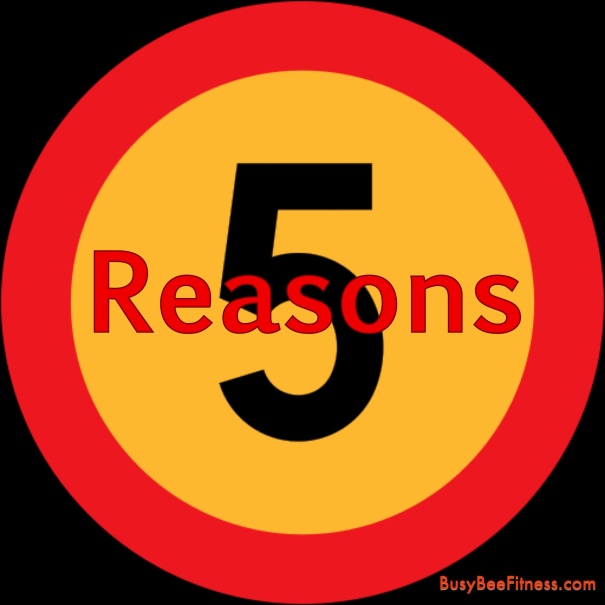 1. Your not Eating ENOUGH

There are probably a million different diet books and with a few notable exceptions they are all pretty much some kind of semi starvation diet, for this is what calorie restricted diets used to be called until the marketing men got involved.

The fact of the matter is that once you restrict calories the body has a choice of 3 things to do, this is due to the first law of thermodynamics or Calories in ‘v’ Calories out. Unfortunately burning fat is the 3rd and last of these things.

Firstly the body slows down, lowers body temperature, and generally reduces the amount of calories it uses for normal day-to-day functions

Secondly catabolism (eats) of its own muscles as it panics and tries to continue to reduce the amount of calories that are needed. Remember that your heart is a muscle and even this isn’t spared the catabolism.

Third and finally it will begin to burn stored body fat but only AFTER it has tried and failed at the other two steps.

Think about this, anorexic people generally have very high body fat percentages and also generally are at risk from heart failure or other organ failure as the body fights to save its fat stores and sacrifices other metabolically active tissue.

2.Your not getting enough SLEEP

Leptin and ghrelin work in a kind of “checks and balances” system to control feelings of hunger and fullness, Ghrelin, which is produced in the gastrointestinal tract, stimulates appetite, while leptin, produced in fat cells, sends a signal to the brain when you are full.

So what’s the connection to sleep?

When you don’t get enough sleep, it drives leptin levels down, which means you don’t feel as satisfied after you eat. Lack of sleep also causes ghrelin levels to rise, which means your appetite is stimulated, so you want more food.

The two combined, can set the stage for overeating, which in turn may lead to weight gain.

Bottom line as Ray Mears says – you will die from lack of sleep faster than lack of food.

3. Your not drinking enough WATER

Here are a few reasons why drinking enough water is essential.

4. Your exercising too MUCH

It’s all about working smarter and harder not longer. Your body needs time to recover and adapt to the stresses that exercise puts on it. That muscle ache you feel the days following a good workout is caused by your muscles repairing themselves and as such using up calories and nutrients to do so.

On top of this exercise causes Cortisol to be released, whilst this is an essential part of your fight or flight mechanism and can be advantageous, elevated cortisol levels are linked with fat storage and the inability to shed those unwanted pounds.

How much is too much?? Well that all depends on you and your ability to recover, but a good way to track if your over training is your morning resting heart rate. Take it regularly before you get out of bed then if there are ever any sudden changes in this you have a good sign your over training.

5. Your not being CONSISTENT

Often people skip from one diet or exercise plan to the next without giving it enough time to have any lasting effect, on top of this the constant changing of diet can have serious negative effects on your metabolism that can take months if not years to repair.

In short pick a plan, stick to it for at least 6 months and give it a chance to have an effect. If you’re not able to maintain it for this long or in fact longer then you need to ask yourself if it’s worth starting in the first place at all.

You need to think of this as a lifestyle change rather than a quick fix diet.